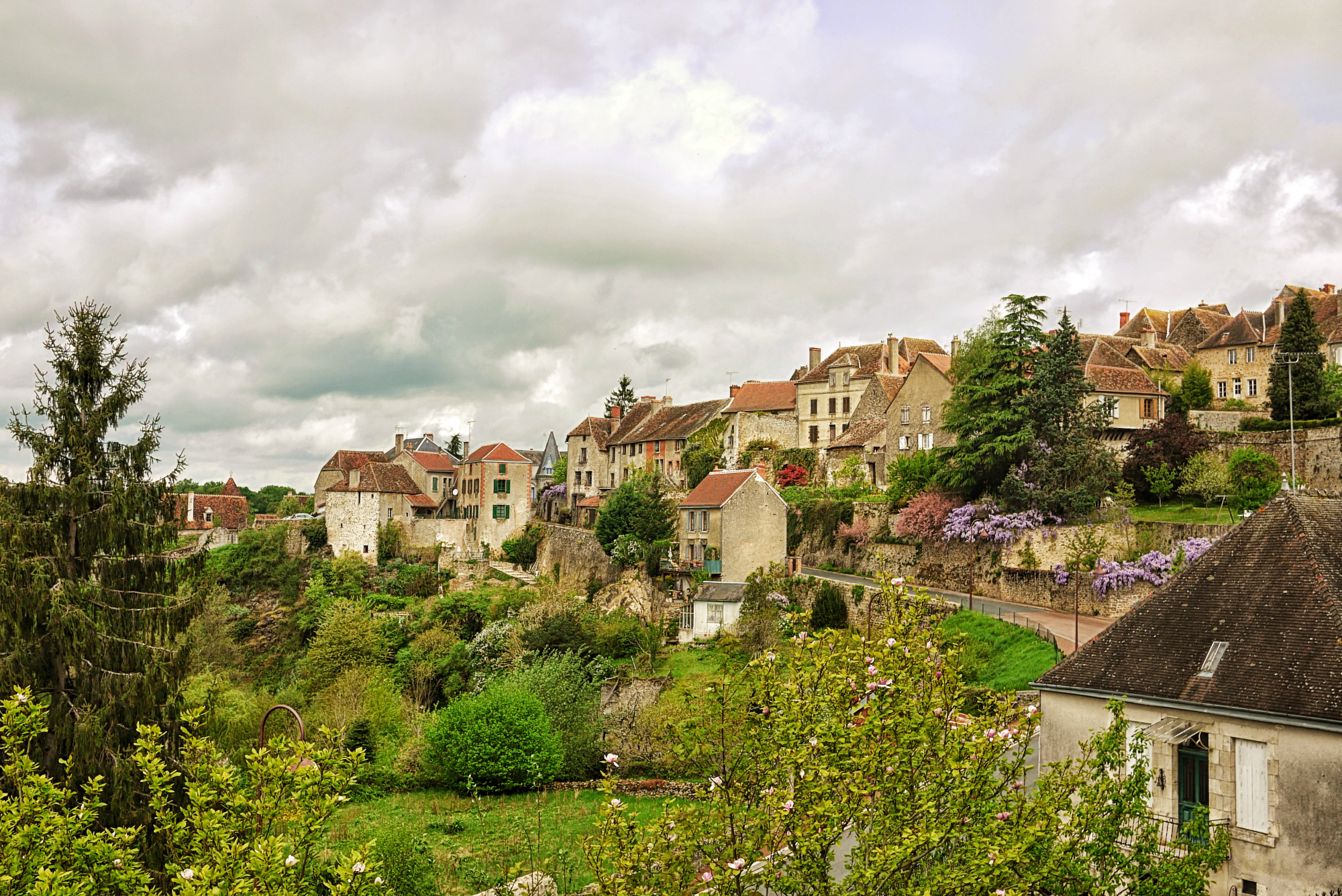 In the hour I spent wandering around Saint-Benoît-du-Sault – a village in the Loire Valley region of France – I saw a grand total of seven people. Three of them I was with.

Three of the others were local men having a drink outside one of the village’s bars. The final one was a lady setting out chairs in front of the village’s only other bar. Chairs for visitors who probably never came.

Saint-Benoît-du-Sault is THAT quiet. Yet it’s apparently one of the most beautiful villages in France, listed on “Les plus beaux villages de France“.

Although I’ve not visited many villages in France, I certainly wouldn’t argue that this IS one of the most beautiful. Only no one seems to know it. Or know of it.

It’s strange. You’d expect such an accolade to come with droves of tourists. You’d think it would be overrun, that there’d be open top buses, souvenir shops fronted with postcard carousels, or at the very least a village sign welcoming you to ‘one of the most beautiful villages in France’:

But not here. The only things that come in droves are crumbly medieval buildings and gorgeous valley views. Which is no bad thing, of course.

St Benoît du Sault is right in the heart of France, 50 minutes from Limoges airport. It lies on a hill overlooking the Portefeuille River and grew around a priory founded by Benedictine monks in the 10th century. 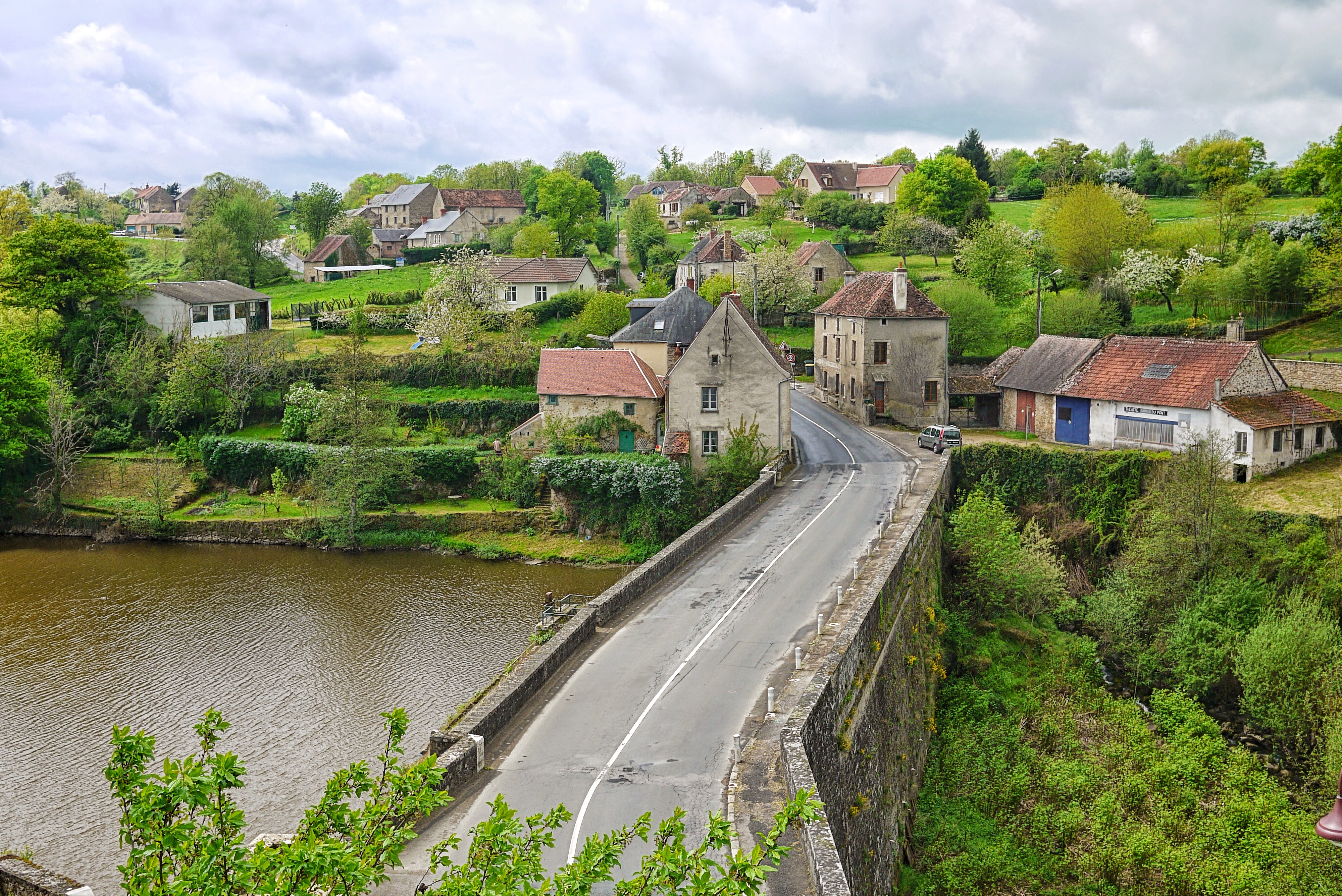 Wandering the small maze of quiet, cobbled streets, through the village’s ramparts and around the grounds of the Romanesque church and ancient priory, you get the feeling very little has changed since then. A couple of bars and restaurants, a handful of shops (which probably open only when they feel like it) and the odd parked car were the only giveaways we weren’t in the middle ages. 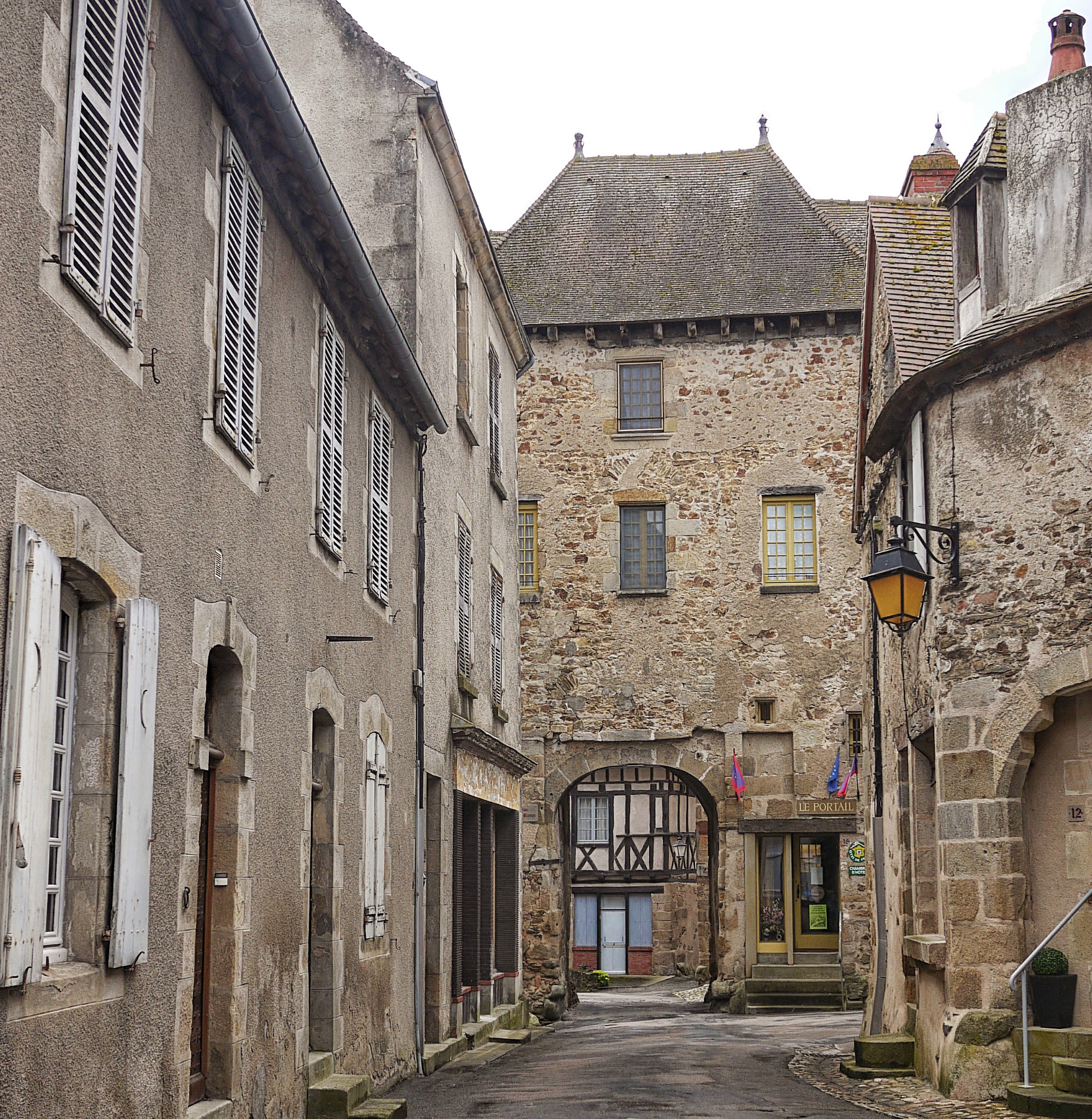 And just as pleasant as the views was the silence. I’m sure there are market days each month when the village fills up with people, or certain celebrations throughout the year that draw in the crowds. Maybe peak summer sees the place transformed. But if most days are like the spring day I visited, then it’s one of the quietest, most peaceful places I’ve been to.

Things to do in Saint-Benoît-du-Sault? Really not many. Wander the streets, take in the ancient buildings, admire the houses’ medieval doors, gaze out over the bright green countryside of Portefeuille valley.

The doors of Saint Benoit Du Sault. Lovely, quiet village to stroll around. What it lacks in actual people, it makes up for in attractive doors. If that's your thing. #France #Travel #saintbenoitdusault #doors #architecture #limoges #medieval #village #villagelife

Simply soak up the peace and quiet, embrace the beauty and enjoy having one of France’s, if not Europe’s, most beautiful villages all to yourself.

Because how often does that happen? 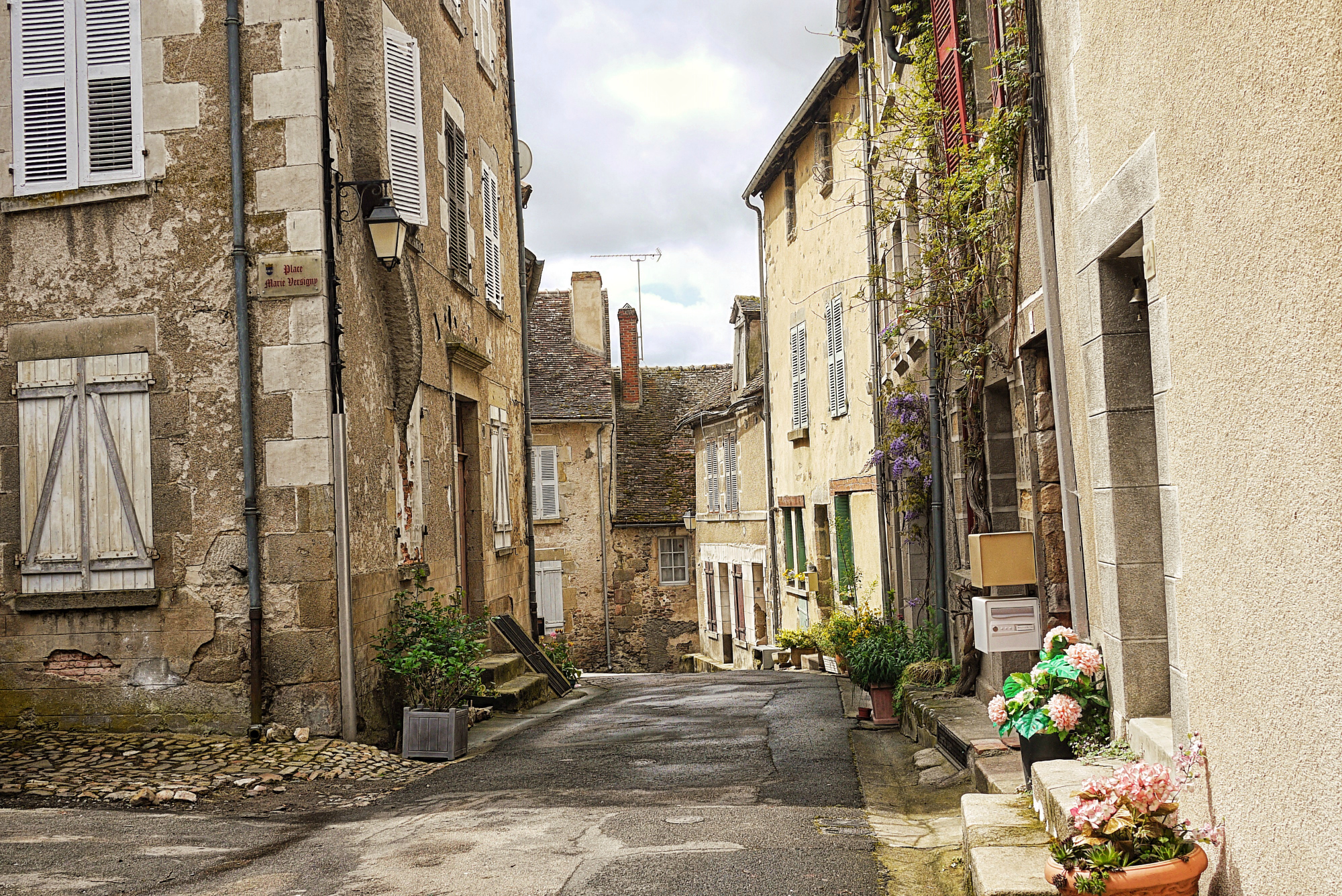 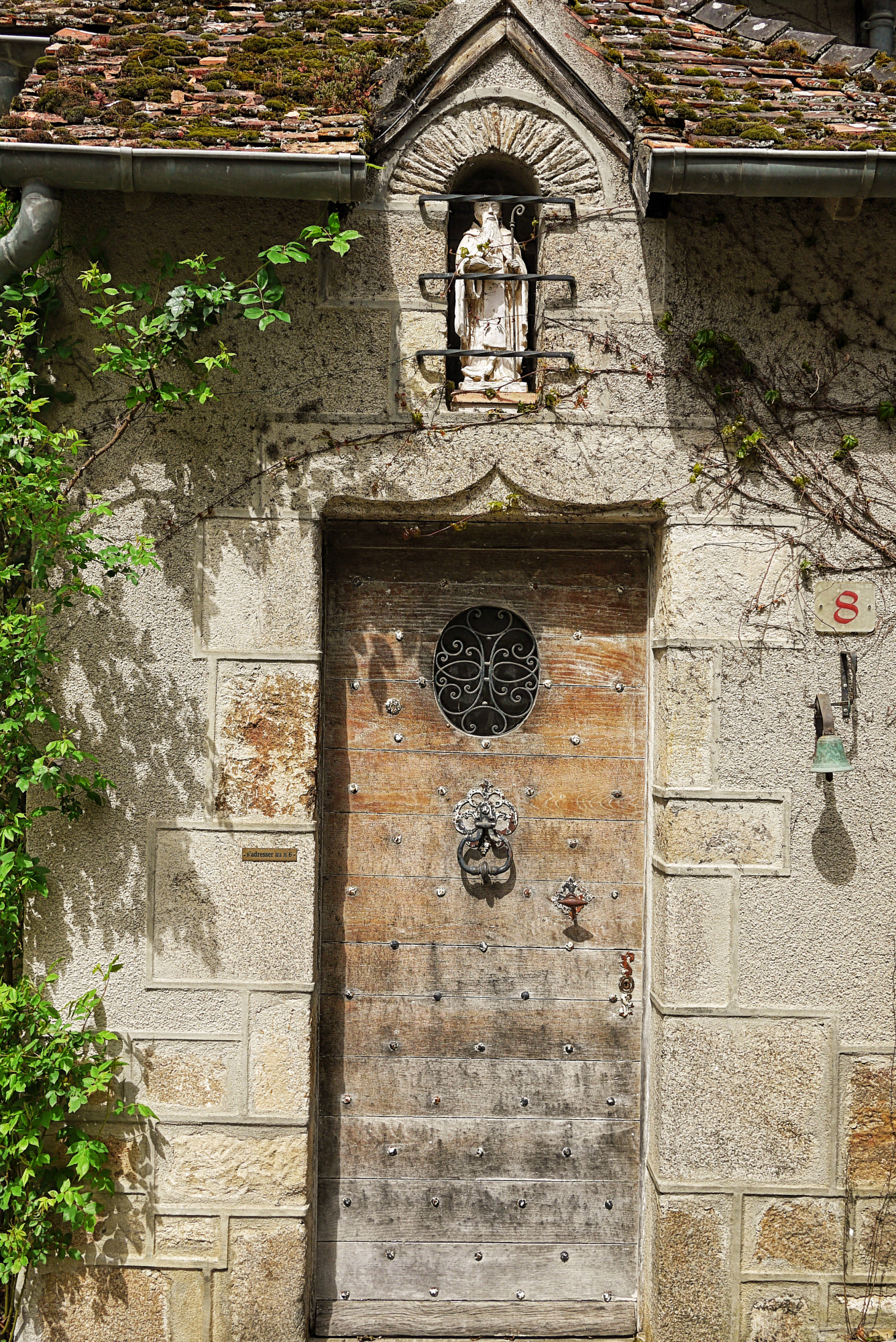