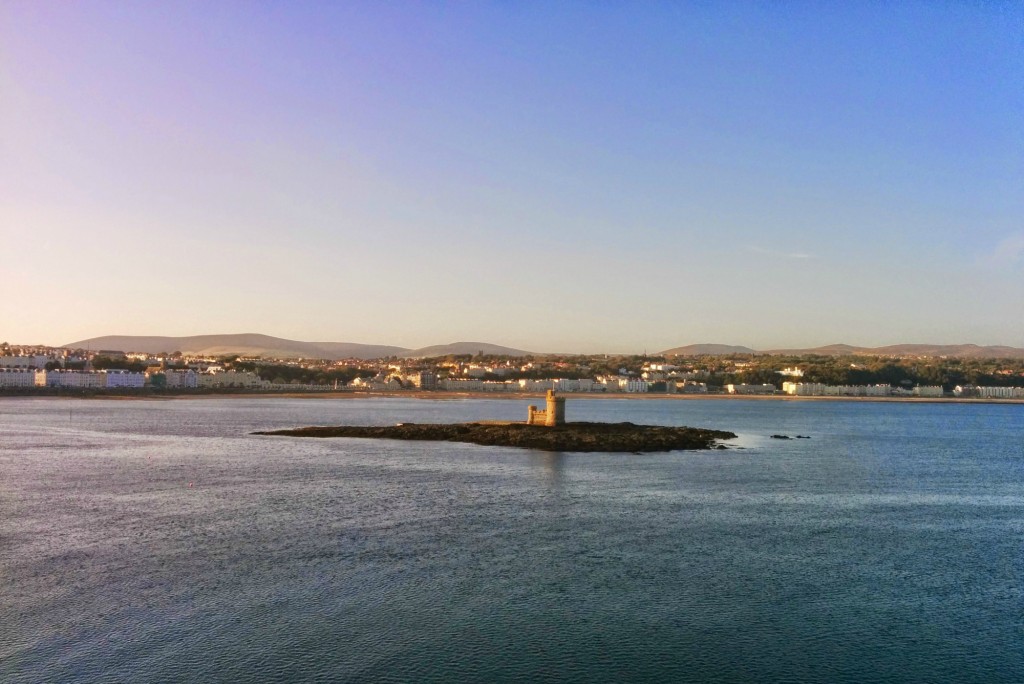 For the duration of the ferry crossing from Heysham, Lancashire to Douglas, Isle of Man, flat screen TVs broadcast the Sky News channel. The TVs were on mute, but the message was coming through loud and clear; the UK parliament had just voted in favour of joining airstrikes on Isis in Iraq.

At the time, surrounded by the calm Irish Sea and giddy for a weekend away cycling an island I’d never before visited, the enormity of this world event failed to sink in. The potential significance didn’t truly register.

One, two or three laps (I opted for two) around the famous Isle of Man TT Mountain Course – but on pedal bikes rather than Superbikes.

The sportive event, run by Greenrock Ltd, is particularly exciting for fans of motorsport, because not only do you get to cycle the exact TT mountain course yourself, you also start and finish at the iconic grandstand in Douglas. But despite not being a Superbike fan myself, I was no less excited for my challenge of cycling two laps of the course, totalling a climb of 5,800 feet over 76 miles – and the fact I was visiting the Isle of Man for the first time. 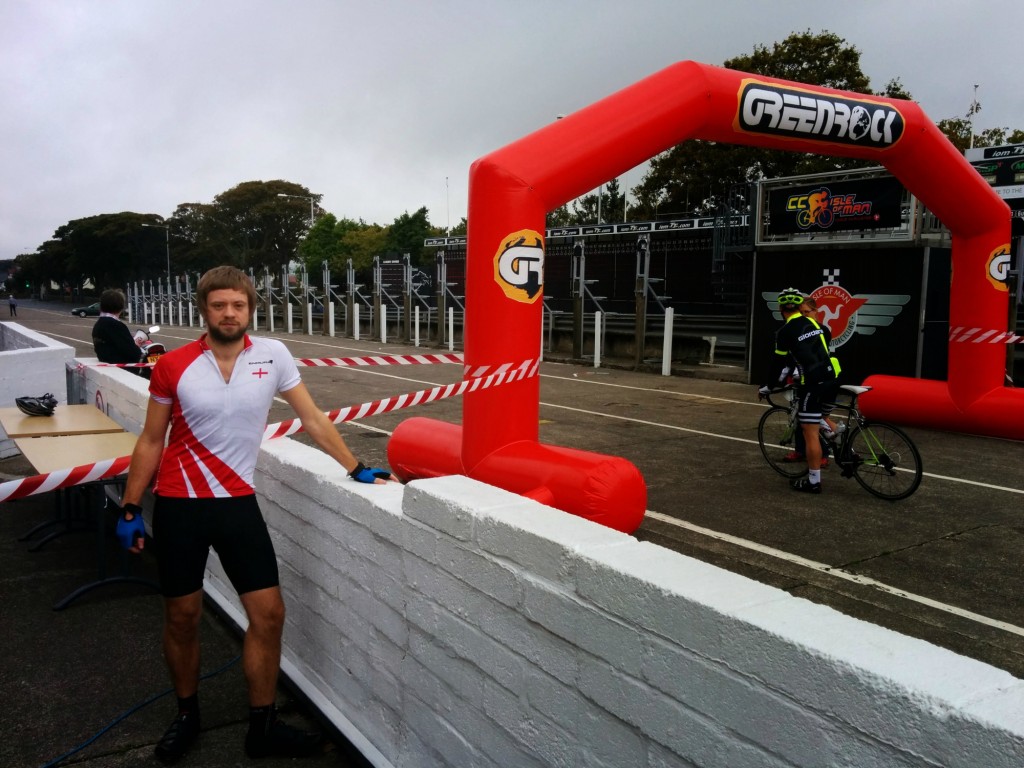 The course is roughly a circular route around the whole of the Isle of Man, beginning and ending in the capital Douglas and taking you under gorgeous canopies of trees (Glen Helen), between sleepy country villages, through the coastal town of Ramsey (the second largest town on the island after Douglas) and up and down Snaefell Mountain.

From a cycling point of view, the Isle of Man CC is pretty much a tale of two hills. The first, Creg Willy’s Hill at around 8 miles in, is merely a warm up for the main event – Snaefell Mountain itself – for which the long, slow ascent begins with a sharp hairpin just after passing through Ramsey. With six gruelling, thigh-burning miles of non-stop climbing on gradients, at times, just shy of 10%, Snaefell Mountain seemed never-ending. It was by far the toughest cycle I’ve tackled to date. And stupid me had signed up to do it twice.

By the time I hit the climb again on the second lap, I was genuinely willing for a puncture just to give me a valid excuse to stop! Fortunately (in hindsight) the puncture wasn’t forthcoming and on I was forced to go, completing the two laps, the 76 miles in a semi-respectable 5 hours 20 minutes.

As you’d hope at the end of most good climbs, the views from the top of Snaefell Mountain are pretty spectacular and, along with the fast and fun descent, make the tough climb well worthwhile. At the very windy top of Snaefell Mountain (there’s even a stretch called ‘Windy Corner’ and boy does it live up to its name) you can look back down over the town of Ramsey, across the remote green countryside of the Isle of Man and out to sea.

To be at the highest point on the whole island looks, and feels spectacular. 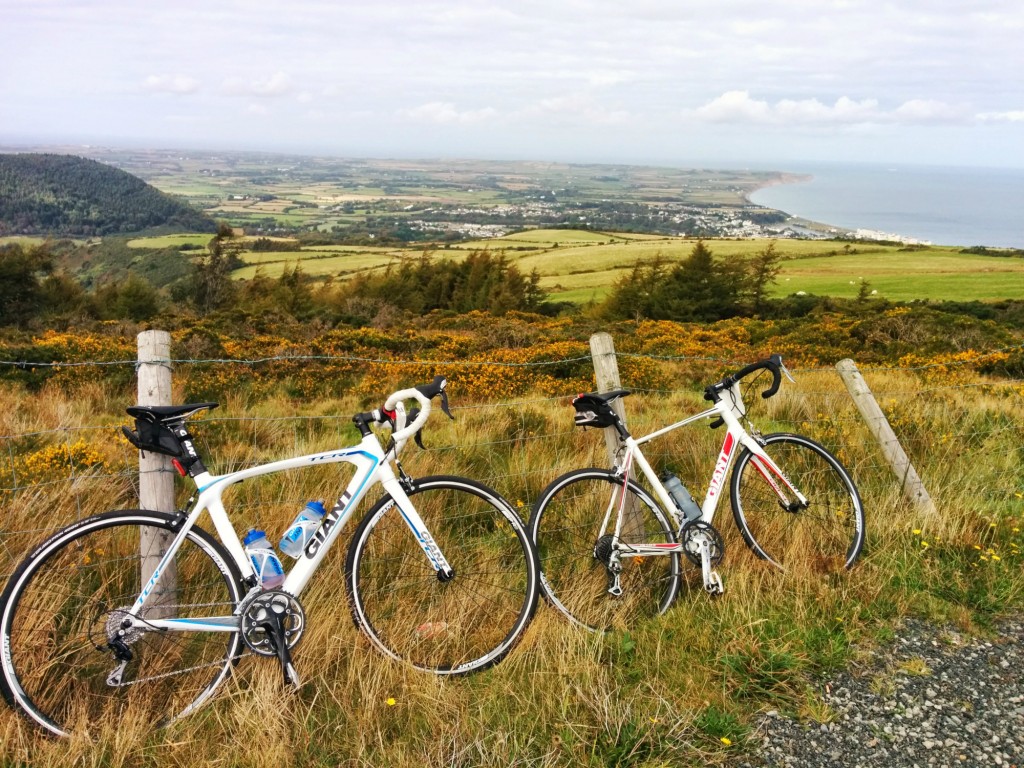 It was once nearing the top on my second lap, in all kinds of pain and looking for anything to take my mind off the actual cycling that the Isis airstrikes came to mind again, for the first time since watching the TVs on the ferry over.

Granted, it was a strange time for such a topic to pop into my head. But when you’re hundreds of feet up a mountain looking out over the most picturesque views you realise just how beautiful the world is – and it just struck me, there and then, how sad it is that people are hell-bent on ruining it.

Up there it felt like I was a world away from real life. There’s something so unbelievably simple about being on a bike on the top of a hill on a small island in the middle of the sea. And it put into perfect perspective just how nonsensical and messed up life really is at times.

For that brief moment, rolling along with what felt like the whole island on view below me, being on the Isle of Man felt like such an escape from reality. Despite the agony of the cycle, I was so grateful to be on this little island feeling totally detached from the horrors unfolding around the rest of the world.

And for me, that’s the lasting impression the Isle of Man had on me during my short stay on the island; that it’s a genuine escape from it all, whatever ‘it all’ might be to you personally.

I was only there one full day – which I spent doing the cycle – and so didn’t get to truly explore the island in the way one might on a weekend break. But the calmness and wild beauty of the place was always apparent.

It’s strange, but speeding around on a bike I saw so much of the island, and yet at the same time I saw so little. But I did see enough to know that if you’re looking for a truly peaceful, relaxing break surrounded by nature, immersed in countryside and the great outdoors, sleepy little Isle of Man is a fine choice. In or out of a saddle.

And if cycling is your thing, then the fantastically well run Isle of Man CC is definitely a sportive you should be adding to your calendar some time soon.

You can find out more about the Isle of Man CC here.