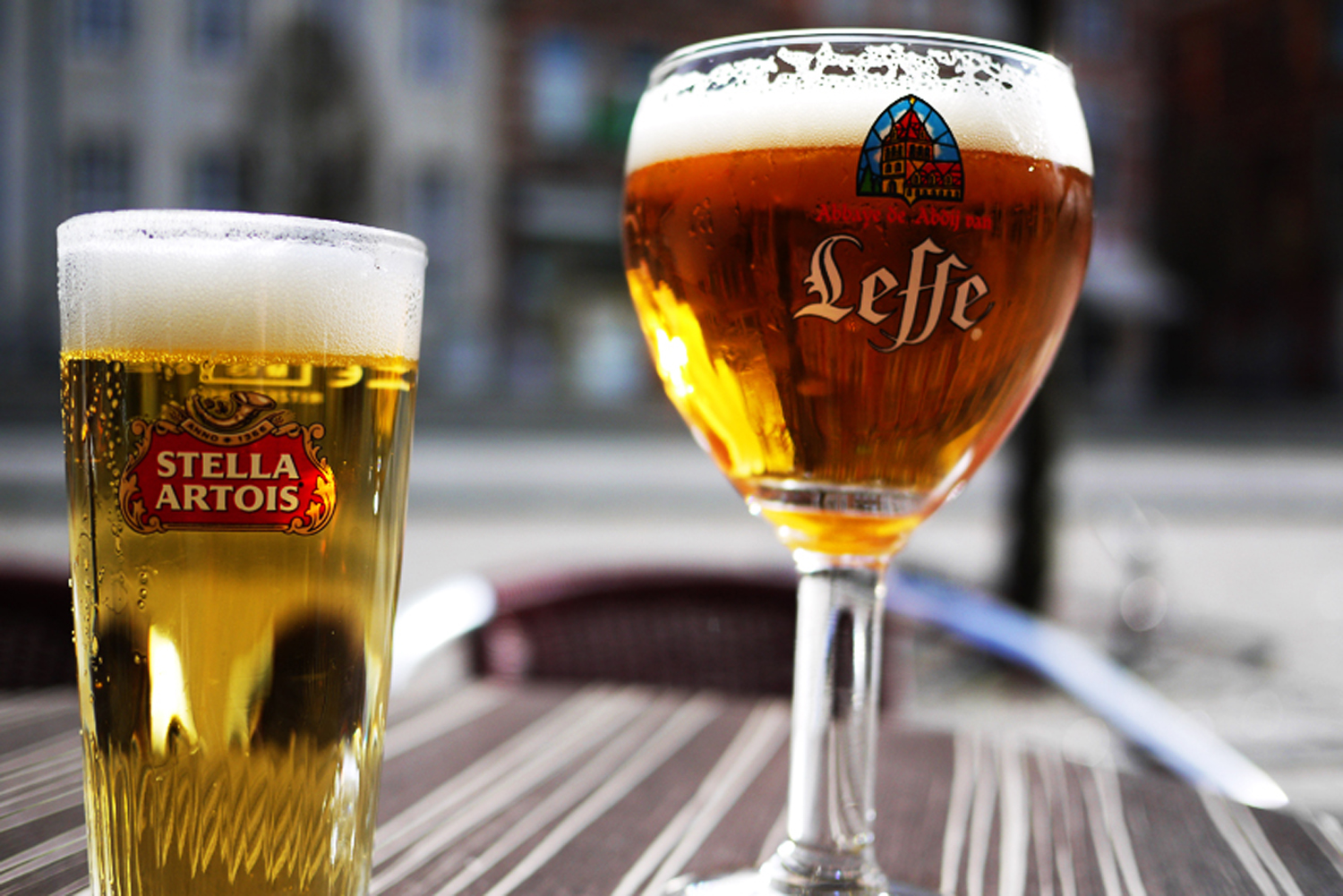 Stella Artois. It’s fair to say it’s been responsible for a good few (and bad!) stories over the years that are probably not publishable here.

But I’m happy to share my latest fling with the legendary lager. For I’ve just returned from a fun weekend in its home town, Leuven – 30km east of Brussels.

Now, Stella wouldn’t normally be my beer of choice in a country blessed with all manner of lovely, unique brews. But as Belgium’s largest student city (with over 40,000 students at Katholieke Universiteit Leuven – the oldest Catholic university in the world), a BIG night out awaited in Leuven, and frankly, a simple lager like Stella is easier to drink in large quantities than the country’s ‘heavier’ Tripels, Geuzes and the like.

Plus, as Stella Artois is brewed at the huge InBev brewery in the north of this very city, you can’t escape it – it’s served on tap in pretty much every bar, is great value and tastes far better than in Britain too.

So with my choice of beer justified, Europe’s easiest bar crawl could commence. 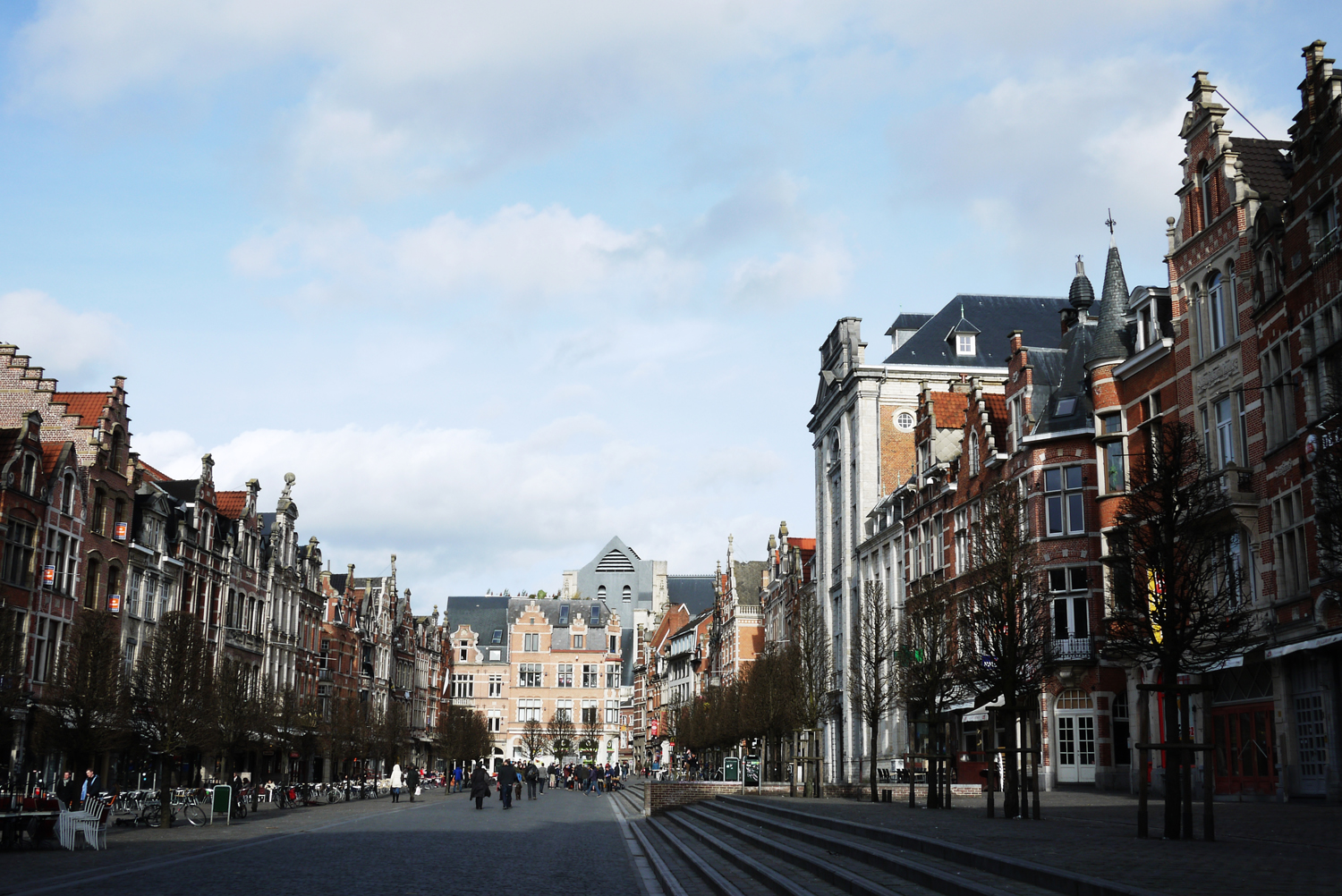 In fact Oude Markt is so packed full places to drink (and eat during the day) it’s often called the ‘longest bar in Europe’, with each establishment sitting directly next to another in one big loop around the square. I can only imagine in the summer, when tables and chairs spill out into the middle of the square, that it’s hard to distinguish one from the next – all merging together to create, as its moniker suggests, one bloody long bar.

Being there in winter though, I was more inclined to head inside, and therefore got to see that in fact each bar is really rather different.

There are long narrow bars, big square bars, bars that go under ground, bars that go upstairs, bars that play rock music (look out for erm, ‘Rock Bar’) and bars that pump out the latest dance hits to flickering neon lights. Though they do all have one thing in common. Stella Artois on tap. Oh, and the fact it’s literally a two second stumble to the next bar.

We’ve all been there – wasting precious time wandering the streets of a foreign city looking for the night life, the decent areas with the best bars…

Well there’s none of that in Leuven. It’s just straight to Oude Markt where the fun begins in the first bar you come across, before you make your way around the square, bar after bar after bar. After bar. Until you don’t know which bars you’ve been in, which bars you haven’t and ultimately, which way is home. Easy.

I’d really love to give you a run down of the best bars on Oude Markt, but to be honest, after the fifth or sixth one, my memory’s a little hazy. My good intentions of making notes about each one also went out of the window rather quickly. And I make no apologies for that. I was simply having too good a time. Plus, of course, despite giving it a jolly good go, I didn’t make it to every bar in Oude Markt, so couldn’t possibly tell you for sure which are the best.

However, here’s a few I can muster from my Stella soaked memory, which were really rather good:

De Rector is one of the more modern bars on Oude Markt, with funky wooden-slatted installations, a dance floor and regular DJs. One of the places you’d head to later in the night when you’re ready for a dance.

Stylish, long and narrow, Café de Remork is a cool, busy bar where you’re more likely to stand around chatting then get up to anything crazy. It was really lively though and had a good vibe.

My Flemish isn’t great, but I’d confidently guess Bierkelder means beer cellar. Descend the stairs for an underground party in what’s more like a traditional Belgian bar, with wooden fittings and comic strip art on the walls. A great little find.

Café Apero describes itself as the ‘cosiest, funkiest bar in Leuven’… and who am I to argue? The exposed brick walls and minimalist interior helps give it its style, and they have a good cocktail menu alongside the obligatory selection of Belgian beers.

The Stella Artois is relatively cheap in Leuven as it is, but being a student city you’ll find student discounts on drinks in many of the bars around Oude Markt too. So remember to bring your student ID, if you have one. From Stella to Red Bull & Vodkas to the ‘e-rektor’ shots in De Rektor, there are offers on all kinds of drinks.

Unfortunately I’m not a student any more, but by the end of the night and fuelled by not a little Flemish courage I was playing the ‘I’m a student but I’ve left my ID at home’ card in almost every bar. Sometimes it worked, sometimes not. Great when it does work though.

Being a student city the liveliest nights with the best drink offers fall midweek in Leuven. However it’s plenty busy enough for a fun night out at weekends too.

So whichever night you end up visiting, you’re in for a fantastic time taking on Leuven’s very own Stella Artois, on Europe’s easiest bar crawl, at Europe’s longest bar. *hic*